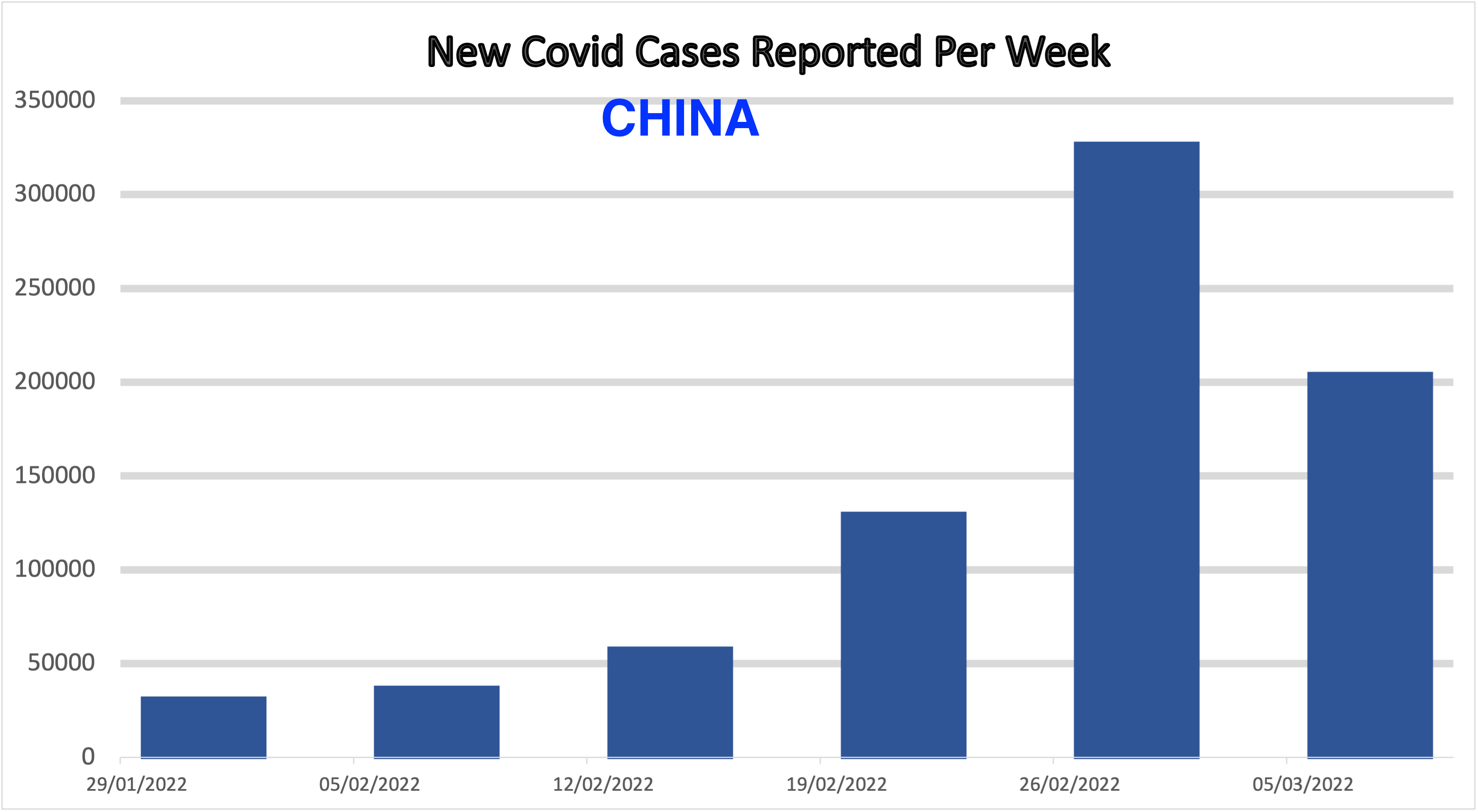 From the outset China has adopted a zero tolerance approach to Covid-19 infections imposing severe lockdowns of areas where cases are detected.  This is combined with a sophisticated track and trace system with suspected cases vigorously approved with mass testing of populations when outbreaks our detected.  This policy is backed up by a virtual closed boarder policy with non-Chinese nationals effectively denied visas to enter China and Chinese nationals facing a strictly enforced 3 week quarantine – and longer if they are unfortunate enough to test positive.

This policy has arguably served China well in 2020 and 2021 with it experiencing one of the lowest rates of infection anywhere in the world and a correspondingly low mortality.  It has also meant save for the initial lengthy  lock down minimal disruption to business and life in general.   At the same time China has developed an efficacious vaccine and rolled out a comprehensive vaccine program such as 89% of the population are now fully vaccinated.  There have been some notable differences from Western vaccine rollouts in particular in China they targeted the young starting first with students and then gradually working up the working population leaving the elderly until last.   This latter group are also probably more vaccine hesitant than the younger population and this has led to the current situation where there is still a significant number of elderly who remain unvaccinated and vulnerable.

The emergence of new strains of the virus and the Omicrom variant in particular has however upset the status quo in China.  The increased infectivity coupled with its propensity to allow victims to shed virus at a much earlier stage in the infection prior to symptoms emerging has lead to a number of outbreaks over the past few weeks in China.  It has been reported that there have been 106,000 new cases in the last week alone (down from 302,000 cases the week before).  Omicron variants, including the highly infectious BA2 strain,  are reported to account for 80% of cases.  This started initially in Qingdao and Tianjin where local lockdowns were imposed and more recently in Shenzhen and Dongguan with major out breaks reported in the north east in Jilin province (where 90% of current cases are reported) and even cases being reported Beijing and Shanghai.   In addition to mass testing and lockdowns in Shanghai all international flights are being diverted to other cities from Monday. What makes these different from the sporadic outbreaks last year is that the numbers involved are greater and we are seeing outbreaks in other cities now as well further away from ports suggesting internal spread is occurring not just imported cases.

Hong Kong is a special case where infections have soared out of control putting pressure on the health care system which has been well documented but is this a taste of what is to come for the rest of China.  Experience elsewhere in the world tells us that vaccines do not appear to have much effect on the spread of these new variants (one only has to look at UK’s current published rate of 200,000 cases/day).  The real question therefore is will China’s zero covid policy work in the face of the current variants and at what cost.  In addition it appears the virus is like to be with us for the foreseeable future at least so can China continue this policy long term or will it have to change and adopt a tolerance approach to living with the virus as is happing in other countries such as New Zealand which also had a zero tolerance policy.

What China does next and how it handles the current outbreaks matters to the whole world.  As the largest manufacturer and trading in the world any disruption to its trade and ability to supply goods to the rest of the world impacts us all.  We have seen this recently with the shortage of chips and other electrical components, a problem which is on going and will only be made worse if prolonged lockdowns occur in China.  This at a time when the world trade is already reeling from soaring energy prices, the Ukraine war and the inevitable shortages that will result from that over the coming year.

At the moment the disruptions we ae experiencing in China (Closure of Hong Kong – mainland boarder, lockdown in Shenzhen) are minimal and we have been working hard to get around them and maintain supplies to our customers.  The future is however far less certain.