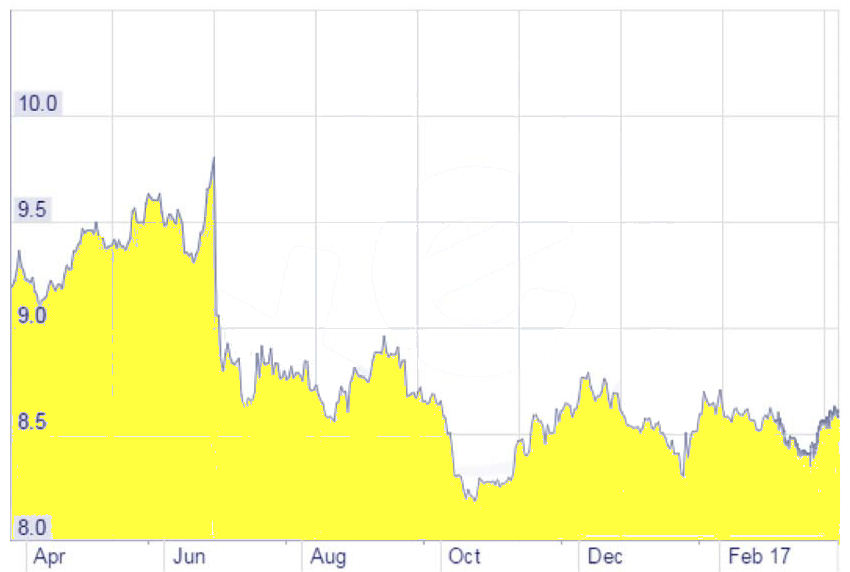 At the last meeting of the Bank of England held on 15 march the monetary policy committee voted by 8:1 to hold interest rates at their historic low of  0.25%.  Previous meetings had been unanimous in the decision but at this months meeting there was one dissenting voice.  A signal that may see as the start of a movement towards a rise in interest rates.

There are a number of factors making this more likely.  There is upward pressure on inflation and historically low levels of unemployment.  In particular house price inflation is running rampant again in parts of the UK particularly in the south.  Across the Atlantic the US Federal Reserve has put up interest rates 3 times since the recession.

Why is this important for traders? Well of course it is of vital importance as a rise in interest rates will have an effect on Stirling exchange rates.  We have already seen the start of these changes with the exchange rate with the Rmb rising from a low of 8.4 earlier in the year to the current 8.6.  This is likely to increase further over the coming months.  It is likely to be further compounded as plans for Brexit start to cristalise with confidence rising in the UK economy as plans are laid out by the UK government.

This is obviously good news to importers from China as the cost of sourcing products become cheaper and more attractive.  It will however make for more challenging times for UK exporters who have been enjoying something of a windfall post Brexit.  It is unwelcome at a time when the UK is looking to expand trade with no EU countries.  In the short term it is likely the rises will be small but they may increase as the pound slowly regains its former position in the markets which seems likely in the medium term.  We are currently advising our clients, both importers and exporters, that they would be well advised to factor these changes into their negotiations with china over the coming months.